Linda Sarsour, one of the leaders of the Women’s March campaign just won’t stop distorting facts about Israel and the situation in Gaza.

I consider Linda Sarsour to be one of the biggest public figures today in America that have mastered the art of maintaining a social media/internet profile that differs from her private beliefs. As someone that is leading the women’s movement, she is a proud believer in Sharia Law, and the teachings of Islam. Well..THOSE ARE CONTRADICTORY BELIEFS!

Not to mention that she is a leading figure in the BDS movement, Linda’s public persona and beliefs about the Palestinian conflict has been eaten up by millennials due to the facade of her care for the women’s march campaign. If she actually believed in democratic values, she would denounce much of the Arab world (which she doesn’t). 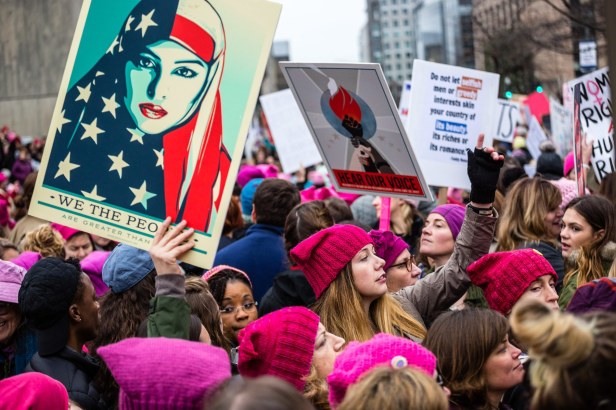 As a responsibility to fight against the BDS campaign, I also must use whatever resources I have at my disposal to discredit figures that influence it. Recently, Linda Sarsour has been making a series of videos the social media “news” platform NowThis. I’d like to note that NowThis was founded by a HuffingtonPost co-founder and progressive media group which means it’s pretty anti-Israel. Platforms like NowThis and AJ+ have played a new role in influencing this generation to hate Israel..but that’s a topic for another day.

She recently made a video stating why the media got it wrong about the recent events there. That’s funny, because the exact opposite can be said about the media’s portrayal of what happened in Gaza during these so called “protests”. They were painted as unarmed and peaceful protesters in almost all of the major newspapers (looking at you NYTimes), when in fact most who got killed were Hamas terrorists. You can view the NowThis video below:

Israellycool made a great response video, pointing out all of the lies in this video. Take a look at the video below, visit the article and share it. It’s important that Linda’s propaganda is called out for the mistruths that she shares, because it’s voices like hers that influences the younger generation and in my opinion, is a lot more dangerous for the future.

Article can be found here: http://www.israellycool.com/2018/05/21/watch-responding-to-linda-sarsours-latest-propaganda-video-about-gaza/