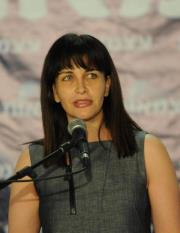 Peter Beinart’s call for “Zionist BDS”, together with the launch of his new book and of his Daily Beast Open Zion blog, has not surprisingly aroused a fair deal of debate (for our own view on Beinart’s fall into BDS see our original post on the matter from a couple of weeks ago).  In our view, one of the key weaknesses of the whole BDS approach is its absurdly simplistic and binary “Israel inherently wrong and the source of the problem,  BDS the only possible remedy” representation of reality.  Yoel Finkelman, a journalist who originally agreed to join Beinart in the Open Zion space has written in Peter Beinart, I quit a  searing critique of exactly how this reductive approach impedes discussion and debate and the resolution of differences, rather than facilitating these crucial things.  In a different, but no less compelling vein, Israeli MK Einat Wilf, writes of how realizing the liberal Zionist yearning for a two-state solution requires so much more than Beinart and the idea of BDS are able to offer. While we don’t agree with Wilf’s assertion that “no Palestinian is a partner to the idea that Zionism is legitimate as long as it stays west of the Green line”, we very much do agree with her fundamental point that “the desire of liberal Jews outside of Israel ‘to do something’ is understandable. But the desire to do something cannot justify doing something wrong.” Paradoxically, it seems that rather than mobilizing support for boycotts, Peter Beinart may well have provoked the kind of clear thinking on the issue which will  help even more people understand why BDS is not the recipe for peace its  proponents like to portray.